Battle of Prestonpans 1745 > Visit > Visit the Battlefield > The Viewpoint

Variously known as “The Pans Pyramid” or the “Battle Bing”, the Viewpoint is the best place to start an exploration of Prestonpans Battlefield. The pyramid is an old coal bing, sculpted in the 1960s after the closure of the adjacent open cast mine in order to provide an orientation point for the battle.

It stands adjacent to Meadowmill Sports Centre, which benefits from generous parking provision, at the side of the 1722 Waggonway. This position would have been in the centre of boggy ground which ran through the battlefield, and it provides a 360 degree view of the landscape around which the armies moved on 20-21 September 1745.

The interpretation panels on the summit provide plenty of information, so for those with limited time this is an easy one-stop-shop. To reach it by car you also pass the 1745 Cairn. 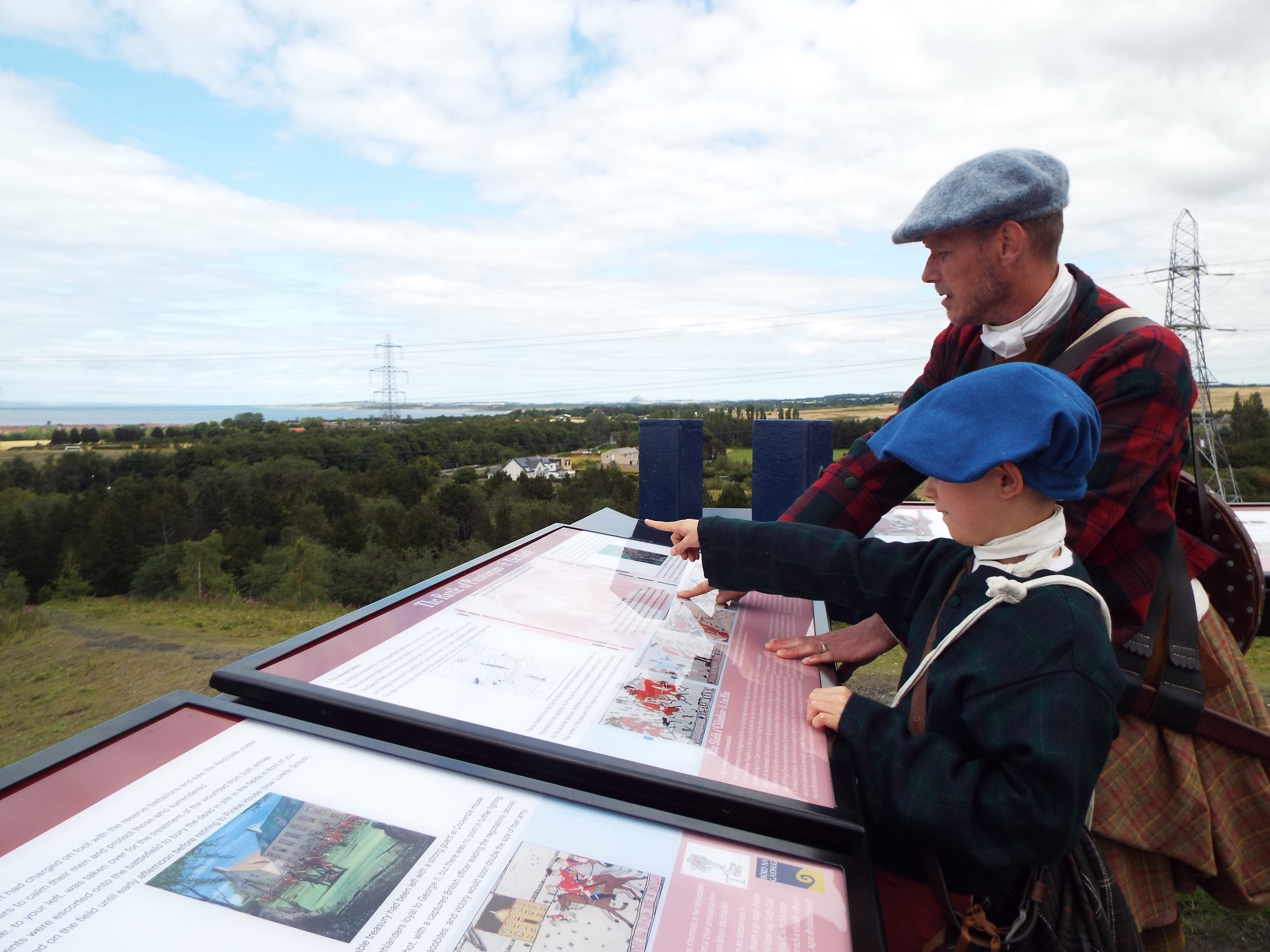 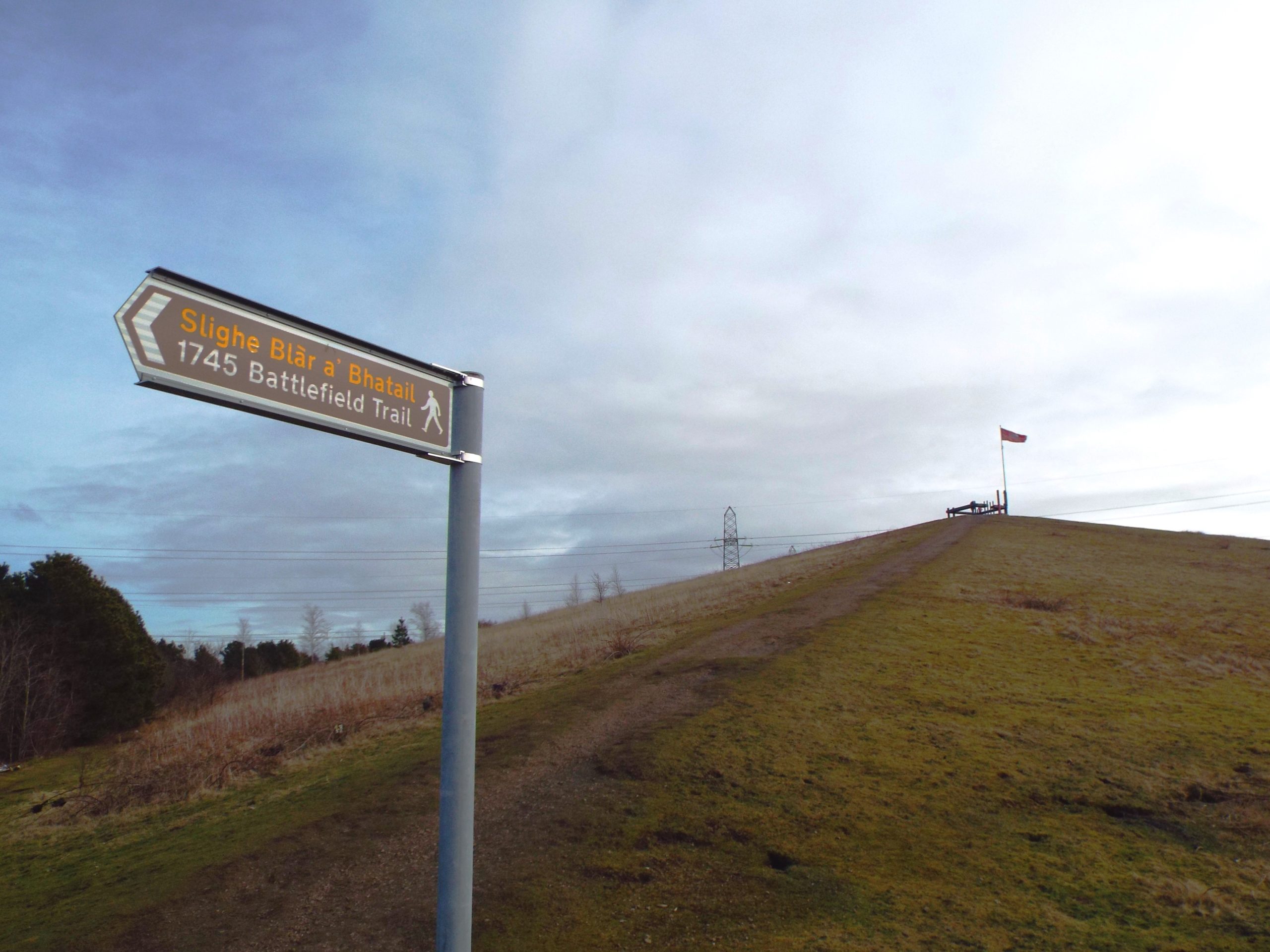 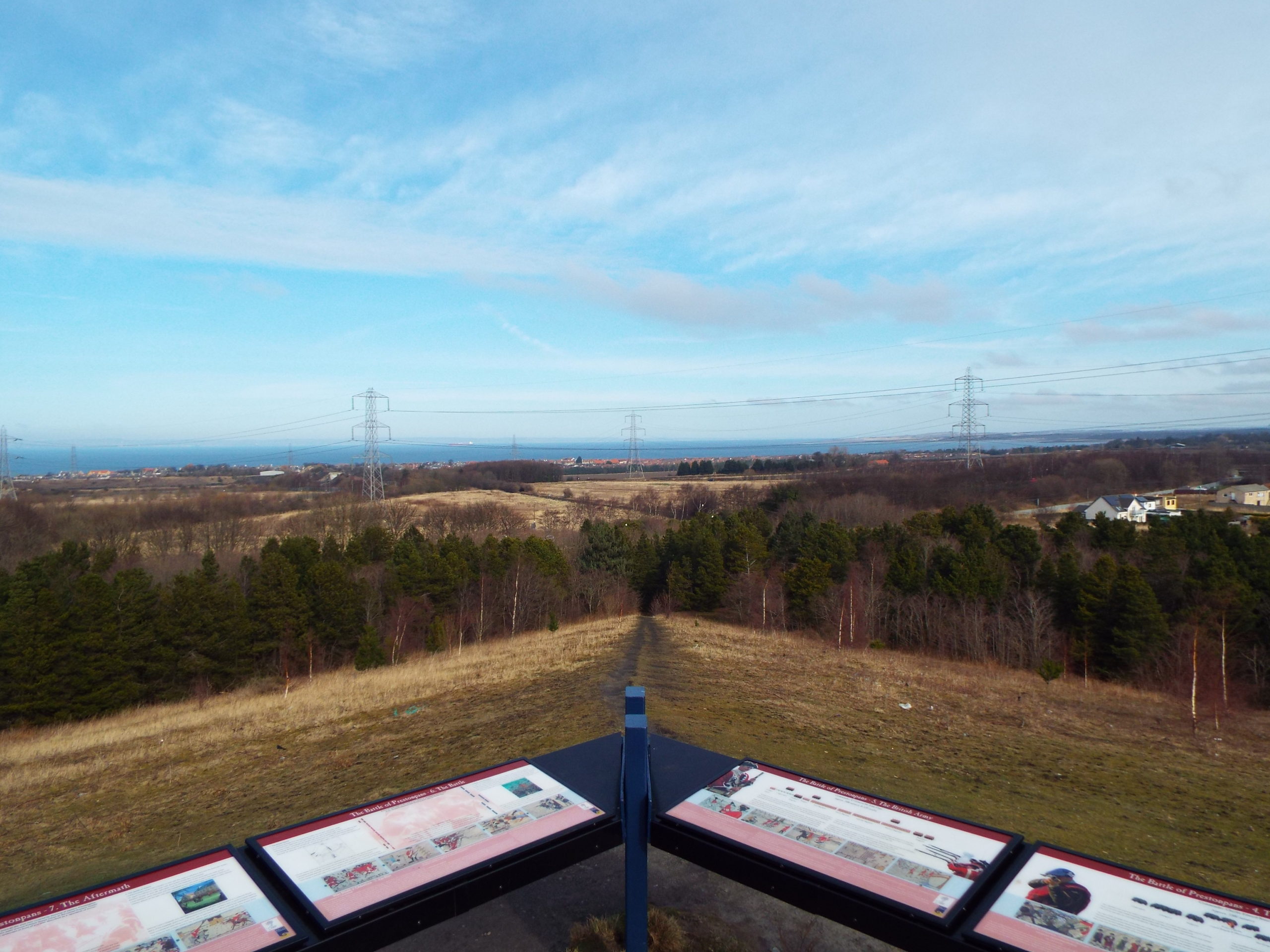 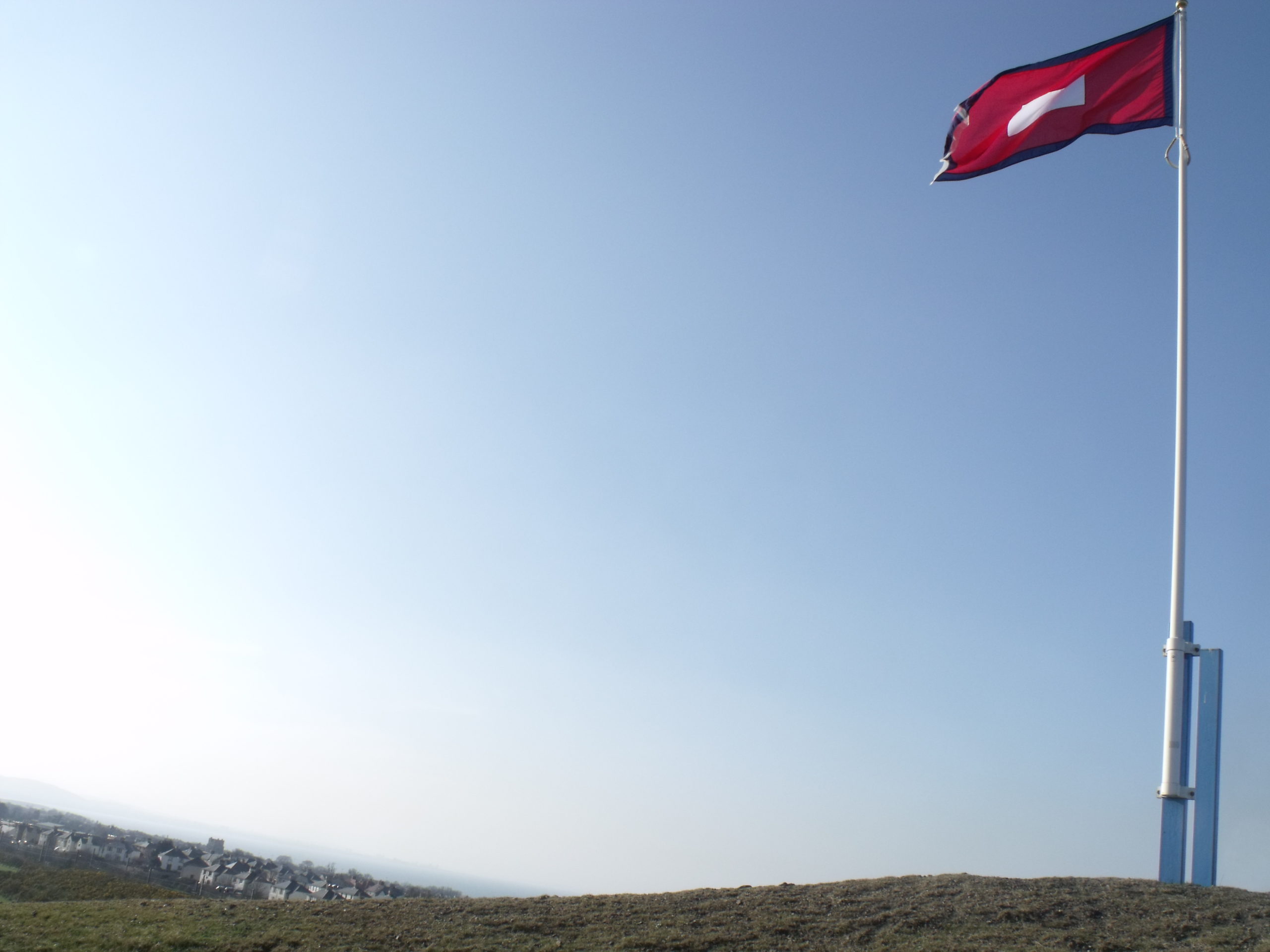